Mike Bickle and His Time with God 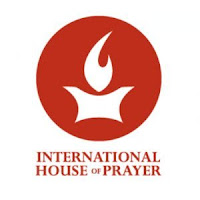 Perhaps what is most often forgotten (or perhaps unknown) to many involved with the International House of Prayer in Kansas City (and all its associated movements) is that the founder, Mike Bickle, claims to have started the movement under direct orders from God, as given to him in Cairo, Egypt and other parts of his life.

Many have immediately responded to this by pointing out that other Christians or Christian leaders have made similar claims. For example, Richard Wurmbrand, founder of Voice of the Martyrs, claimed to have seen Jesus while in a prison cell. However, Bickle's claims go far deeper than mere visits or appearances, and his accounts go so far as to attempt to give legitimacy to his movement. His accounts speak of what he calls an "initiative" from God, and the fulfillment of end times prophecies, as told to him by God.

One of Bickle's accounts regarding all this is from Session I of his presentation Encountering Jesus: Visions, Revelations, Angelic Activity from IHOP-KC's Prophetic History. The PDF transcript is here. The part dealing with Cairo reads:


My first dramatic, life-changing encounter related to this movement was in Cairo, Egypt in 1982. Now, we moved to Kansas City in November; so this is two months before we moved. I am in Cairo, Egypt, in a hotel room, and I had a life-altering dramatic experience where the fear of the Lord fell on me in a literal way. That was the only time that I have ever experienced the fear of the Lord at that level, or in that magnitude.

The Lord said, “I will change the understanding and expression of Christianity in the whole earth in one generation.” Not this movement, or that movement, but God Himself will do this through all the thousands of movements and millions of ministries.

He said, “I am going to do this across the whole earth in one generation.” My spirit trembled, and the fear of the Lord fell on me. I will give some of the details on the notes that I am not going to go into. The Lord spoke clearly what I call four heart standards. These were four values the Lord cemented in me in Cairo, Egypt. Now some people have misquoted us. I mean there are many even in our midst, and they said these are our four values.

During the rest of the session, Bickle makes similar claims. For example, he claims Bob Jones (who later became a major embarrassment for the Kansas City Prophets, of which Bickle was part) received visitations from angels giving details on the youth ministry, even supposedly foretelling the coming of the International House of Prayer. Bickle goes on to say near the end:

An even more descriptive account is found in Mike Bickle's book Growing in the Prophetic. In it, he writes:


But it was years later in September 1982, in a dirty little motel room in Cairo, Egypt, that the belief in an End Times outpouring of the Holy Spirit became a personal issue to me. The eight-by-eight-foot room was equipped with a small bed, squeaky ceiling fan, stone-age plumbing, and an assortment of crawling things that periodically scampered across the concrete floor. It was primitive by Western standards. I was alone, so I set aside the evening to spend with the Lord in prayer. I knelt on the cement floor by the rickety bed for about thirty minutes when I had one of the most incredible encounters that I’ve ever had.

I didn’t see a vision, and I wasn’t caught up into heaven. I simply heard God speak to me. It wasn’t what some people call the audible voice. I call it the internal audible voice. I heard it as clearly as I would have heard it with my physical ears, and, honestly, it was terrifying.

I only heard a few sentences, and it only took a few moments, but every word had great meaning. The awe of God flooded my soul as I experienced a little bit of the terror of the Lord. I literally trembled and wept as God Himself communicated to me in a way I’ve never known before or since. The Lord simply said, “I will change the understanding and expression of Christianity in the earth in one generation.” It was a simple, straightforward statement, but I felt God’s power with each word as I received the Spirit’s interpretation. God Himself will make drastic changes in Christianity across the whole world. This reformation revival will be by His sovereign initiative. [pg. 79; Prophetic, 1996]

He adds later on:


My experience in the Cairo hotel room lasted less than an hour, though it seemed like a couple of hours. I left the room and walked around the streets of downtown Cairo alone until about midnight, committing myself to the Lord and His End Time purpose. The awe of God lingered in my soul for hours. I woke up the next day still feeling its impact. This experience connected my heart in a deeply personal way to the End Time fulfillment of the Joel 2/Acts 2 prophecy on a global level in this generation. [pg. 81; ibid]

From all this, we have some very serious realities:

1) Bickle claims that the founding and running of IHOP-KC and its related ministries was by the order, blessing and activity of God - he even goes on to say in Session II that "the Lord committed to do this" (source). He likewise states in the same session: "in 1996, [God] gave us an acronym" (ibid). Bickle thus claims that even the acronym IHOP was given to him by God. This despite the fact that IHOP was already the official acronym by the International House of Pancakes, and had been since 1973. Apparently, the Lord didn't have the foreknowledge to see the two lawsuits that the regular IHOP lodged against Bickle's IHOP.

2) Bickle claims it as his "assignment," as in, his duty from God. When explaining the goals and standards of IHOP-KC, Bickle often uses the phraseology "God said this" or "the Lord told us this." While many pastors might say they felt "called" to the ministry, few would use the blunt and direct terminology that Bickle does, let alone would many pastors make such claims as God directly telling them to enter ministry. What Bickle does, as he explains in the previously cited book, is part of the "End Time fulfillment of the Joel 2/Acts 2 prophecy on a global level in this generation." IHOP-KC's own vision statement tells us that they are here to "call forth, train, and mobilize worshiping intercessors who operate in the forerunner spirit as End Time prophetic messengers" (pg. 236; Prophetic, 2006).

3) Bickle claims that, according to God, the Holy Spirit is working through the various ministries, and IHOP-KC in particular, even saying that we should have faith "to take a stand for what the Holy Spirit is saying and what the Holy Spirit is doing." Certainly Bickle doesn't take the extreme stance Harold Camping did by saying those outside his group are not blessed by the Holy Spirit, but the words coming out of IHOP-KC, its leadership and its followers makes it clear that they believe the Holy Spirit is giving a special blessing to them and their prayer movement. Again, this is happening under the auspices of God, who instructed Mike Bickle and his staff personally.

In the past, I've had many followers or supporters of IHOP-KC, including some who have responded to this blog, tell me that if I disagree with Mike Bickle's teachings, methods or goals, then that's perfectly fine, as it doesn't make me a heretic or a bad Christian. They take the position that these are things we can have simple disagreements on.

However, I don't think we should pussyfoot around with this matter. Let's be intellectually honest, and let's call a spade a spade. If Mike Bickle truly did receive revelation from God, and God Himself is ordering him to do what he's doing in Kansas City and elsewhere, then anyone who opposes IHOP-KC is opposing not only Mike Bickle or IHOP-KC, but the very Living God. This isn't a mere disagreement between myself and Mike Bickle - if Bickle is speaking the truth, this is a war of words between myself and God. This is why some IHOP-KC defenders (as this post demonstrates) have gone so far as to argue that disagreement with Bickle, his ministries and teachings is, in essence, blasphemy of the Holy Spirit.

This is the danger of any "prophetic" movement, or of any leader who claims to be speaking for or from God. That is, there can be no middle ground - either it does come from God and we must obey it, or it doesn't come from God, and we must deny it and avoid the person giving said message. No where in all of scripture was any "gray area" given for those who spoke in God's name. Some of the harshest words God had was for those who spoke falsely in His name (Deu 18:20; Jer 5:30-31, 27:15; Eze 13:9, 22:28; Luke 6:26). This is because speaking falsely in God's name is a very little discussed but very real example of the commandment to not take the Lord's name in vain (Exo 20:7).

Therefore, if Mike Bickle isn't speaking from God, and it wasn't God that Bickle heard that night in Cairo...then he's a false prophet, and he and his so-called prophetic ministry must be avoided at all costs. Do I deny Bickle heard a voice? Not necessarily...but if he didn't hear a voice from God, then he heard it from someone else.
Email ThisBlogThis!Share to TwitterShare to FacebookShare to Pinterest
Posted by Tony at 10:00 AM