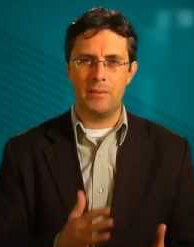 The conundrum of today's supposed faith healings or medical miracles is that they are rarely as quick and instantaneous as those of Christ the Apostles: a person may be declared "healed" of their broken leg, and yet still need to go through the recovery any non-healed person would need; a person may be declared "healed" of their deafness, and yet be told that they'll still need to learn how to speak (you know, like most deaf people need to do any way). Many people involved in the miracles and wonders movement, or who believe in what is called by some "power evangelism," will argue that it's possible for God to heal gradually. I would argue that this confuses miracles with providence. To explain it this way: a miracle from God is a man with a broken leg being healed instantaneously, with no need for further medical attention; providence is God providing a man with a broken leg the right doctors and medical treatment and the appropriate resting time for the gradual healing of said leg. The latter situation is a wonderful example of God's love and care for an individual...but it's not a miracle.

Still some want to try to find ways to demonstrate gradual faith healing either with or from scripture. Two such arguments I have heard from the International House of Prayer in Kansas City, and from their leadership itself. One (which I reviewed before) was by Daniel Lim, the CEO of IHOP-KC: the argument was essentially that whether it takes one second or one month is irrelevant, as it's still a span of time. As I pointed out in the linked post, however, this is a case of special pleading, as those who promote faith healings demand that they are able to do all that Christ and the apostles used to do...except, of course, when it comes to instantaneous healings. For some unknown reason, that's a rule that doesn't apply to them.

Another and more recent argument I heard was by Wes Hall, during the Prayer and Prophetic Conference held earlier this year (and which I tweeted about). In attempting to explain away gradual healings of so-called miracles, Mr. Hall made reference to an account from Mark's gospel:


And they came to Bethsaida. And some people brought to him a blind man and begged him to touch him. And he took the blind man by the hand and led him out of the village, and when he had spit on his eyes and laid his hands on him, he asked him, “Do you see anything?” And he looked up and said, “I see people, but they look like trees, walking.” Then Jesus laid his hands on his eyes again; and he opened his eyes, his sight was restored, and he saw everything clearly. And he sent him to his home, saying, “Do not even enter the village.” [Mark 8:22-26]

Of course, right off the bat, trying to use this to justify gradual faith healings presents a problem: Jesus did not halfway heal the man and then send him on his merry way - the man went home fully healed. You can't possibly compare this to a crippled individual who goes to a faith healing session, feels an emotional tug, then goes home not fully healed. This was not slow faith healing in the context of which most faith healers describe it: Jesus did two actions, the first one of which he asked what the man saw, and the second one which, again, resulted in a full healing. Jesus did not touch the man's eyes twice, then shrug his shoulders and say, "Might take six months or so. Just go back home and remember: keep the faith!"

More importantly, it is clear from Christ's actions that he had a purpose behind this method of healing - indeed, everything Christ did, especially those actions which the Evangelists explicitly describe to us, served some larger purpose. The centurion's servant was healed without any word or action so as to justify the centurion's faith (Matt 8:5-13); the paraplegic man was healed with a command (Matt 9:1-8); the Canaanite woman was initially ignored to demonstrate her steadfast faith (Matt 15:21-28); the man blind from birth was ordered to wash his eyes in the pool of Siloam to eventually become an example of those who have never met Christ and yet have great faith in him during persecution (John 9:1-38). Those who quote Mark 8:22-26 to promote slow faith healings (and indeed, it's the only passage to which they can refer) seem to suggest that Christ either failed the first time or was "out of his game" during this one instance in the Gospels. The fact is, Christ knew what he was doing, and he had a purpose for it.

Enough on this, however. As the movie Inception said, "we have to go deeper" - let's study the context and meaning behind this story.

Christ and his disciples, coming from a brief quarrel with the Pharisees, are entering the town of Bethsaida. This town does not have a good history, as it was already marked as one of those cities which had rejected Christ and would face judgment (Matt 11:21). Yet as Christ and his disciples are entering, some of the people bring to Christ a blind man (v. 22). This account of the blind man of Bethsaida is only found in Mark's gospel, as it isn't recorded in Matthew, Luke or John, and all we know about the man thus far is that he is blind and little else.

Christ takes the man and leads him out of the village, so that they could be alone (although the disciples might have been there as witnesses). This was done for a few possible reasons: 1) as a judgment against Bethsaida, whom Christ deemed not worthy to witness such miracles; 2) to continue Christ's practice of not performing his healings as public acts like a circus performance (something modern day faith healers could take to heart).  Matthew Henry rightfully comments: "Never had a poor blind man such a leader."

Having taken the blind man aside, Christ does an unexpected thing: he spits on him (v. 23). More specifically, on his eyes. This has led some commentators to suggest that the man's initial problem may have been crust keeping his eyelids shut. There are certainly eye conditions, such as infections, which result in crust forming on the eyelids if they have been shut for a prolonged time, either by the individual or from sleeping. This is one of the only accounts of our Lord healing using spit, the other one being with the man born blind, wherein the Lord spat onto the ground and used mud to rub on the man's eyes (John 9:6).

Greek commentator AT Robertson makes the interesting note that the Evangelist Mark uses the Greek word omma (specifically the ommata form) for the word "eye," rather than the traditional opthalmous. In the Gospels, the word only occurs here and in Matthew 20:34. Outside the New Testament, omma is often used in a more poetic sense, and hence there might already be a hint of something more significant here.

Christ asks the man what he says, to which the man looks up and says, "I see people, but they look like trees, walking" (v. 24). Obviously the man could see, but had difficulty in doing so. There are two possible explanations for his description: 1) the man saw the disciples (who might have been there, as suggested earlier) and thought they looked like trees; 2) the man saw trees (which Bethsaida does have), and thought they were men - in other words, they were trees! In either case, the man did not have clear vision. In that society and time period, he still would have been unable to survive on his own.

Now as stated earlier, we need to reject the idea that Jesus either failed or only managed to do a halfway job at healing by some fault of his part. Therefore, what was the purpose of this methodology? Perhaps a further hint is seen in the three touches of Christ found in this story:


Here we see the deeper, spiritual meanings of the verses. The blind man here was used by Christ as an example of our own spiritual state: 1) we are taken by God out of the village of sin; 2) we are shown of our deeper need for Christ; 3) we are given full sight from God, taking us out of our spiritual blindness. This was the purpose behind Christ's actions.

Therefore, Mark 8:22-26 cannot be used to try to promote slow faith healings, for all the reasons and exegesis presented in this post. Christ and the apostles always healed fully and as quickly as possible. Even in this case - the sole example in scripture of a gradual healing - Christ did not leave the man halfway healed, or incompletely healed. The reason this is the sole example in all of scripture is because it had a purpose, and that purpose was to remind us not to rely on faith healings or cold calling, but upon Christ for saving faith and regeneration.
Email ThisBlogThis!Share to TwitterShare to FacebookShare to Pinterest
Posted by Tony at 11:27 AM